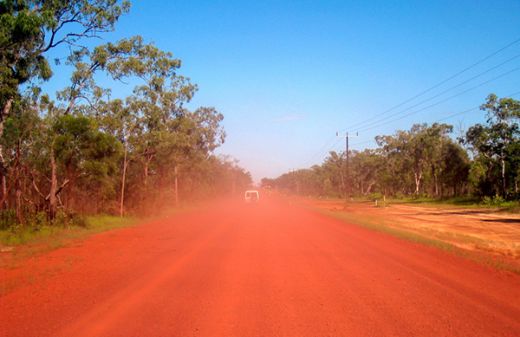 A strong link between earth-derived dust and poor respiratory health in Indigenous children has been found in the latest research produced by the University of Tasmania and the Telethon Kids Institute.

Research team member Professor Graeme Zosky, from the University of Tasmania’s Menzies Institute for Medical Research and School of Medicine, said the study was driven by the observation that Indigenous children experience high rates of ear and lung disease.

The study compared data from 1077 Indigenous children in 66 remote communities in Western Australia and found a link between poor respiratory health and arid environments, where levels of earth derived wind-blown dust or ‘geogenic particulate matter’ were high.

“The consistency of this effect across diseases was surprising.”

The research team found little previous research had been carried out on the effect of the physical environment on higher rates of infectious disease in Indigenous children in Australia.

“Indigenous communities around the world experience a significant health disadvantage and while research has focused on the social determinants of this disadvantage, very little attention has been given to modifiable exposures in the physical environment that may be contributing to poor health,” Professor Zosky said.

The study also acknowledges that these ambient dust levels can be easily reduced by simple measures, such as dust suppression or re-vegetation programs in the communities.

The research is part of an ongoing study which will go on to investigate the effect of other forms of pollution on the health of Indigenous children.