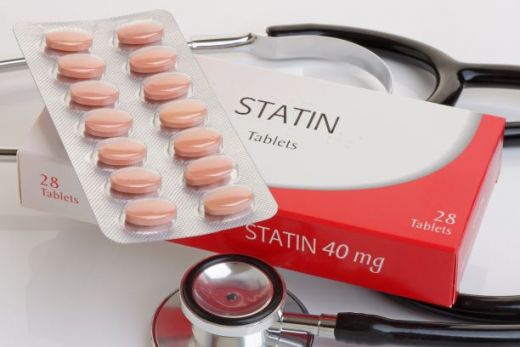 A new observational study shows the first-line cholesterol-lowering drugs known as statins are associated with fewer heart attacks and strokes, but not associated with a prolonged life free of physical disability and dementia in healthy elderly people.

The study data was collected by the University of Tasmania's Menzies Institute for Medical Research, Monash University and their American collaborators from 18,096 ASPREE (ASPirin in Reducing Events in the Elderly) participants aged 70 years and older.

ASPREE was a large-scale randomised clinical trial of low-dose aspirin, led by Monash in Australia. A total of 19,114 community members in Australia and the United States, who were mostly 70 years of age or older, with no known cardiovascular disease, dementia or significant physical disability initially, were enrolled in the ASPREE trial from 2010 through 2014.

Compared with participants who were not taking statins when recruited, those who reported statin use at enrolment (31%, N= 5,629) were observed to have fewer heart attacks and strokes (4.6% vs. 3.3%) and persistent physical disability (2.2% vs. 1.9%) over an average of 4.7 years. Physical disability was possibly affected by reduced cardiovascular events.

In contrast, no differences were seen for deaths, dementia and cancer events, nor for the length of disability-free life. There were no age and gender differences in these results, the researchers report.

The authors say the findings are observational and underscore the importance of STAREE (Statins in Reducing Events in the Elderly), a clinical trial of statins in older adults led by Monash.

The paper was published online in the Journal of American College of Cardiology yesterday.

ASPREE Chief Investigator, general practitioner and study co-author Professor Mark Nelson said comprehensive health data in the ASPREE trial had enabled researchers to investigate a range of factors that may affect the healthy older adults, including statin use.

"GPs have a dilemma.  As their patient gets older, their risk of heart and stroke gets higher.  Should they give them medications such as statins to protect them even if they have no symptoms of disease? There is a paucity of clinical trials in the elderly to indicate what is the best thing to do.

"This study suggests that there may be a cardiovascular protective effect of statins in the elderly, but this needs to be established in a randomised controlled trial such as the STAREE trial currently being undertaken in Australian general practice."

"In the absence of evidence, these findings support the current clinical practice guidelines that statin therapy in the healthy elderly needs to be considered on an individualised basis."

"The Australian STAREE study led by Monash University, the world's largest primary prevention trial of statins in the elderly, should inform clinicians on whether giving daily doses of a statin to healthy elderly Australians will help them live longer and healthier," Dr Zhou said.