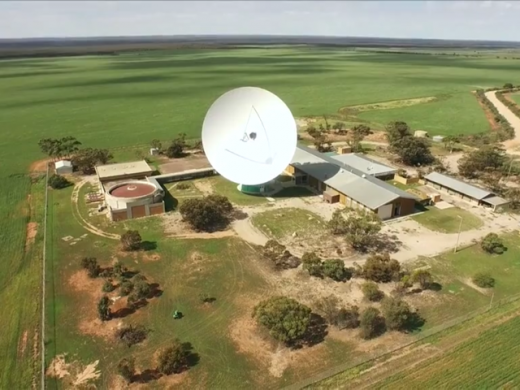 The University of Tasmania and Astrogate Labs have signed a memorandum of understanding to collaborate on the next generation of hybrid communications in space.

This agreement, led by Dr Guifré Molera Calvés and Professor Simon Ellingsen, will exploit the limits of radio and optical links for transfer data between low-Earth orbit satellites and ground-stations.

Space has always been the ultimate frontier for humankind. In the past decade, there have been concerted efforts to break into this domain and considerable progress is expected in the coming years.

Astrogate Labs is an Indian start-up that has been working on developing free space optical communication terminals for small satellites for the past three years. The company will host its first optical ground station at the University’s Ceduna Observatory in South Australia.

Astrogate Labs specialises in free-space optical communication for small satellites and have developed the electronic communications board in-house along with optics and structures system.

Their technology demonstrator is a 0.7U optical terminal with downlink capabilities of up to 1Gbps operating at 1550nm wavelength with power consumption of less than 15W. The optical terminal is scheduled to be launched aboard SpaceX in December 2021.

This partnership builds on the University’s extensive record of using its infrastructure of radio telescopes to provide ground tracking support to a number of satellites and spacecraft, from commercial tracking satellites like Globalstar and SpaceX launches, to deep space missions JAXA Selene, ROSCOSMOS Radio Astron and ESA’s Mars Express

These projects will get boost with the construction of the new antenna at Bisdee Tier with the Australian Space Agency by the end of 2021. More information about this project and others can be found on our space tracking website.