Over the Moon about Science Week 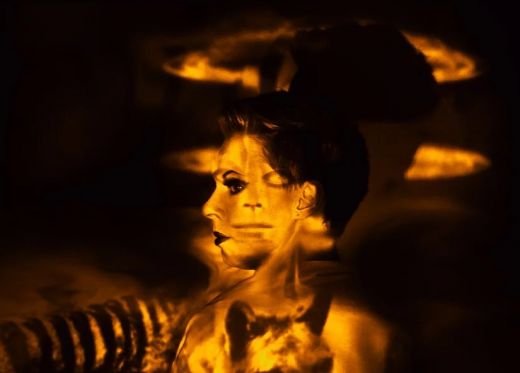 Tasmanians of all ages are encouraged to get curious and discover the diversity of science as National Science Week kicks off across the State.

Executive Dean of the College of Sciences and Engineering, Professor Brian Yates, said the University of Tasmania was playing a leading role in Science Week celebrations, which begin tomorrow (Saturday, 3 August) at the Science Street Party from 4 pm.

“Public awareness of science is so important to help everyone experience the scientific advancements and research that is happening in Tasmania,” Professor Yates said.

“Science isn’t just for students or researchers – it reaches all of us and Science Week is a fabulous way to celebrate that.

“Science also underpins innovation in industry and business, which drives economic benefits for all Tasmanians.”

In the South, University scientists are contributing to NEON, a youth dance performance inspired by local research (14-17 August); Women in Technology hosts industry leaders (7 August); the Australian of the Year, Craig Challen (10 August) will be discussing his incredible experiences including the 2018 Thai cave rescue mission; and roving scientists and speakers will be available at BeakerStreet@TMAG (16-17 August).

In the North, the Institute for Marine and Antarctic Studies is holding a talk and panel discussion in partnership with the Queen Victoria Museum and Art Gallery (16 August).

Highlights of the North-West program include TastroFest (1-3 August), the MakerX fair in Burnie (18 August), and Science in the Pub’s first-ever Zeehan event (29 August).

The Young Tassie Scientists will also be touring the State throughout August, engaging with schools and local communities.

The Festival of Bright Ideas in Hobart (10 August) features exhibitor stalls and workshops with hands-on activities for people of all ages.

The University will be there presenting medications of the future, creative maths, the importance of healthy soil, fun flora and fauna, using VR to tackle the sea urchin problem, drones for work, motorsport, VR moon discovery, wild data, robots and more.

Visitors can also meet the Young Tassie Scientists as well as real working researchers to find out what they do.

National Science Week (Tasmania) is supported by Inspiring Australia, the University of Tasmania and the Tasmanian Government, along with hundreds of other volunteers and organisations who contribute to increasing science awareness in Tasmania.