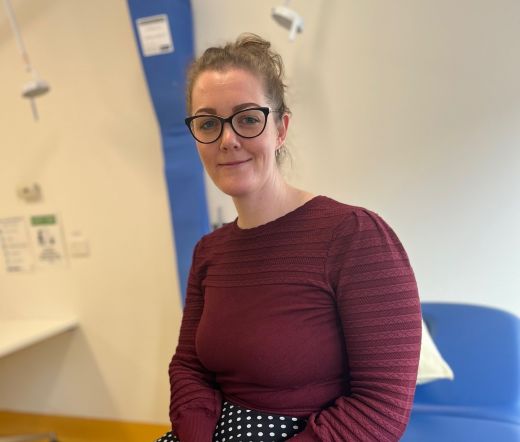 A Tasmanian sleep scientist is hoping to identify how many Tasmanian adults aged over 50 years have REM sleep behaviour disorder through a new research study.

The first study of its kind in Australia, University of Tasmania PhD candidate Samantha Bramich will survey participants in the ISLAND Project study and at the Royal Hobart Hospital to find the prevalence of the disorder, as well as other sleep disturbances.

REM sleep behaviour disorder occurs while someone is dreaming, where they become physical such as kicking or punching during their sleep.

Very little is known about how many people have the condition according to Ms Bramich, who is a sleep scientist at the Launceston General Hospital.

"The main symptom of REM sleep behaviour disorder is often not known by the person with it, because it happens whilst they are dreaming, or in rapid eye movement (REM) sleep,” she said.

“It is a rare sleep disorder that has been linked to the development of dementia or Parkinson's disease over time, but we are not exactly sure how many people have it or why some people develop other diseases, and some do not.

“REM sleep behaviour disorder causes people to act out their dreams so it is usually their bed partner who notices strange behaviour during the night, such as kicking, punching or even moving things around the room.

“Some people with REM sleep behaviour disorder may wake up with injuries, having fallen out of bed or broken things during the night.

“The aim of the ISLAND Sleep Study is to find out how many people in Tasmania aged over 50 have REM sleep behaviour disorder and whether there are certain characteristics that influence why some people with the disorder develop other brain diseases later in life."

Participants involved in the study will receive a personalised validated sleep quality score after completing a questionnaire, which profiles their sleep efficiency, dreaming, daily habits and other factors including pain which may impact on a night’s sleep.

The ISLAND Sleep Study is being conducted by the University of Tasmania’s Wicking Dementia Research and Education Centre, and is open to ISLAND project participants.
The study is also being partly funded by the Royal Hobart Hospital Research Foundation

To be a part of the study visit the ISLAND project website at The ISLAND Project (utas.edu.au)