Creativity and culture important to Tasmanians through COVID-19 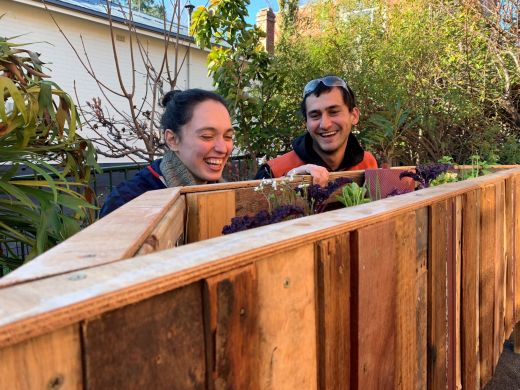 Creativity and participating in cultural activities and events have been described by a majority of Tasmanians as important to maintaining their wellbeing through COVID-19.

More than 80 per cent of the 1,258 respondents to The Tasmania Project’s second general survey said being creative had been important to some extent for maintaining their wellbeing, with 44 per cent saying it had been very important or important.

Online choirs, book clubs and music performances, including those by the Tasmanian Symphony Orchestra, were among the many cultural activities and events that Tasmanians participated in during the State’s lockdown.

Sixty-five per cent of survey respondents believed such activities had been important for maintaining their overall wellbeing; almost one-third describing creative engagement as very important or important.

While more Tasmanian women than men described creativity and culture as having been important or very important, the study found that age was not a factor for determining the significance of creativity for maintaining wellbeing.

The survey, led by the University of Tasmania’s Institute for Social Change, asked participants to estimate the amount of money they had paid on cultural and creative events in the 12 months prior to Tasmania’s State of Emergency declaration on 19 March. The 764 respondents who answered this question estimated they had each spent $1,122 on average. However, since the pandemic hit, the average amount spent was $35.

The Director of the Institute for Social Change, Professor Libby Lester, said the findings illustrate the overall value Tasmanians place on creativity, but also point to the impact COVID-19 has had on the sector.

“The arts, entertainment and cultural industries have been among the hardest hit since the State of Emergency was declared, and recovery is predicted to be one of the slowest,” she said.

“While we have seen new forms of online creativity emerging daily – from orchestras to exhibitions to film festivals – a business model that will pay for content production and delivery is likely to be slow to emerge.”

Professor Lester also said that the impact of COVID-19 on many professionals working in the arts and cultural industries had been immediate and severe, with the nature of the work meaning JobKeeper payments were less available than for other sectors. She said it was still unclear how the $250 million Australia-wide recovery package from the Federal Government would support Tasmania.

“It is vital we understand the impact of the pandemic on Tasmanian individuals, communities and the economy. This is particularly important given Tasmania has one of the highest rates of participation in creative work nationally, and artists and cultural events are key elements of the Tasmanian brand and visitor economy,” Professor Lester said.

Findings from The Tasmania Project study are available at utas.edu.au/tasmania-project.