Artists to live the Paris dream 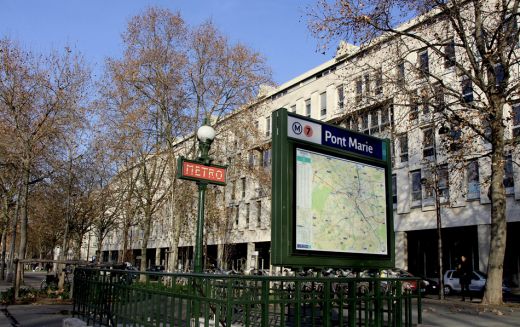 Two Tasmanian artists will spend three months living, developing new work, and studying art in the heart of Paris after being selected for the University of Tasmania’s Rosamond McCulloch Residency for 2020.

Painter Megan Walch and photographer/painter Micheila Petersfield will each stay in the Rosamond McCulloch Studio, located in an 18th-century townhouse next to the main buildings of the Cité Internationale des Arts, a block from the River Seine and an easy walk to the Louvre. The University of Tasmania's artists' studio is part of the Cité Internationale des Arts, which is comprised of 300 art studios owned by universities and arts organisations from around the world.

Dr Walch has received a $5,000 stipend to support her residency, and Ms Petersfield has been awarded the University's $3,000 Marie Edwards Travelling Scholarship, which is bestowed annually to enable postgraduate visual arts students to gain experience overseas to complement their study at the University of Tasmania.

Dr Walch is a highly-regarded painter who exhibits work at Bett Gallery in Hobart. She recently graduated with a PhD in Fine Arts from the University and while in Paris will study the impact of Chinoiserie and Japonisme on French art and culture in the 18th and 19th centuries.

During the residency, Dr Walch will develop ideas for a series of paintings, later to be photographed as modern wallpaper, with a political focus on the colonial ambitions of the French in the 18th century and China’s expansionist global agenda of recent years. She also has a solo exhibition at Susan Boutwell Gallery in Munich, Germany, during the residency.

Dr Walch said the funded residency would provide an extraordinary opportunity to head to the source of her project and realise new work while being immersed in the culture and the collections that gave rise to it. “The proximity of the studio to the centre of Paris affords the perfect balance between stimulation and digestion, exploration and reflection,” she said.

Ms Petersfield will study modes of femininity in French fashion design. Her work explores how garments and adornment are used to mould, idealise and transform the female body into a cultural construct. During the residency, she will visit many of France’s fashion institutions. Ms Petersfield said she was excited to have the opportunity to closely study the museum exhibits and archives related to her project. “This level of observation and focus will be invaluable and hopefully refresh my perspective from usually seeing these designs and artworks on a digital screen.”

Marie Edwards, the donor of the Marie Edwards Travelling Scholarship, is a graduate of the Tasmanian School of Art who, during her ascent in the 1970s, was one of the few women artists in the State working seriously in abstraction. In 2003 she gifted a collection of her art to the University to be sold to fund the travelling scholarship.

Both artists plan exhibitions to be shown in Hobart and will give public lectures at the University on their respective residencies upon their return from France in 2020. Since 1992 the Rosamond McCulloch Studio has been home to more than 100 Tasmanian artists.