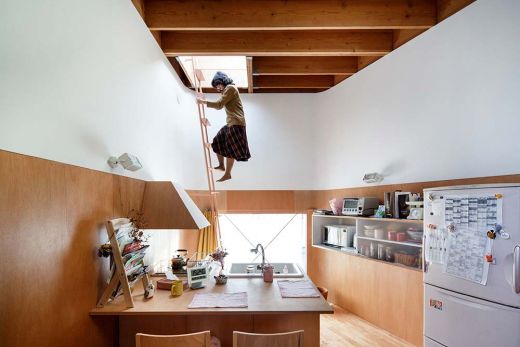 After touring the globe, an exhibition of contemporary Japanese domestic architecture has opened in Launceston to inspire city planning and house design in Tasmania.

Initiated by a team of French curators in 2013, the Tasmanian iteration Japan – Archipelago of the House was developed by University of Tasmania Architecture Professor Julian Worrall in collaboration with Design Tasmania.

Through drawings, photographs, video, and interviews, the exhibition showcases major works of 20th and 21st century architectural history by 58 architects, from the late Kenzo Tange to contemporary Kengo Kuma.

“This exhibition is focused on the house – the most recognisable and enduring of Japan’s contributions to the discipline of architecture, while simultaneously the site of intense experimentation and creative diversity,” exhibition curator Professor Worrall said.

“I hope this exhibition will give inspiration to both the creators and inhabitants of our Australian dwellings, while deepening the understanding of those of Japan.”

Professor Worrall said this year’s arrival of Japan – Archipelago of the House  is timely for both urban planning and architectural education in Tasmania.

“We need to increase the efficiency and density of our cities and this exhibition provides some inspiration to address the architectural challenges of rapid population growth,” Professor Worrall said.

The exhibition also kicks off a year-long program to mark two important moments in architectural education in Tasmania:

Other events this year which celebrate these milestones include alumni gatherings, conferences and a research project on the history of the Discipline of Architecture and Design at the University of Tasmania.